After the First Eliminations on September 9 at PIQC, the Finals of the 14th Philippine Society of Youth Science Olympiad sponsored by the PSYSC was held at the Philippine Institute of Quezon City last 30 September 2017. Out of the more than 200 participating schools across the country, there were 20 schools for each of the two brackets qualified for the Finals for a total of forty students.

The opening of the said friendly competition was led by the UP Engineering Choir at the auditorium. After the opening, PSYSC President Kent Cadalin welcomed the 20 national finalists and the Philippine Science Olympiad (PSO) Coordinator Kate Calope read the guidelines and mechanism of the contest. The preliminary eliminations was held at rooms 312-313. After the eliminations, the Theoretical and Practical portions were held at the Biology and Chemistry laboratories simultaneously with the I Teach Science Seminar at the Little Theater attended by teachers. After checking the result of the eliminations, the Oral Round was held at the PIQC auditorium.

Among the 20 national finalists, the following schools emerged as the best and brightest for each bracket: 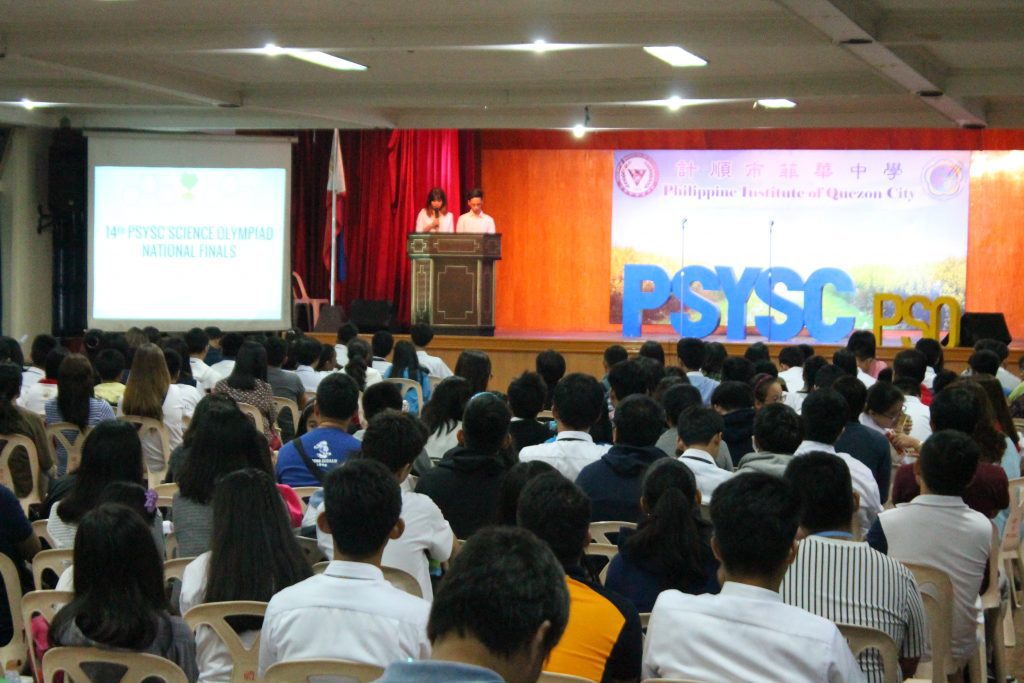