The Second Quarter Reading of Honors 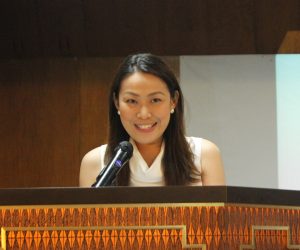 Chiara Felina B Arcangel of PIQC Batch 2000 was invited as a guest speaker. She talked about her hardships during her years at the PIQC which motivated her to give her best that made her a consistent dean’s lister in college. She motivated the students with her story on how she decided to venture into business after working in the industry for 10 years to do what she really loves to do. She told the students to continue achieving their academic goals and enjoy their student life as well.

The Principal, Marissa F Ayson, opened the ceremony by updating the community of the on-going preparations of the school for the accreditation. The school has requested for a PAASCU visit on November since there is no PAASCU slot available for January 2019. The earliest date that the PAASCU could give was August 2019. 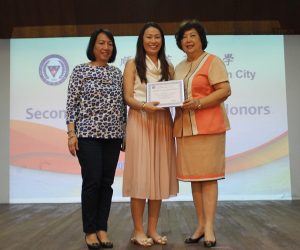 Furthermore, Ms Ayson also recalled that the Preschool applied for an Association of Christian Schools, Colleges, and Universities (ACSCU) accreditation. Since the accreditation cannot be processed without involving the Office of the Principal and the structure of the entire school, she decided to include the entire Basic Education while waiting for the the Philippine Accrediting Association of Schools, Colleges and Universities (PAASCU) visit. The bulk of the work is at the Principal’s office. The PAASCU and the ACSCU are both recognized as academic accrediting agencies by the DepEd.

The ACSCU visit is scheduled on the week of January 21. The requested November date for the PAASCU visit is yet to be confirmed by the PAASCU.