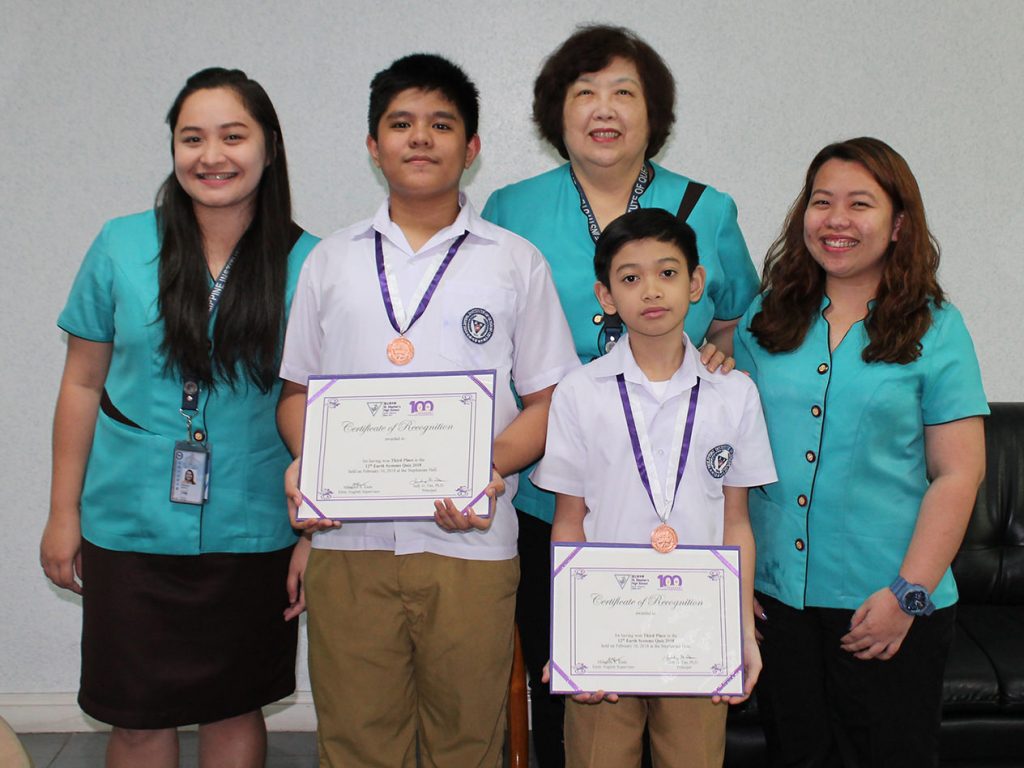 The representative for PIQC this year were EUAN VENIZ CAISIP of Gr. 6 – Endurance and ALFONSO MIKHAEL MELENDRES of Gr. 5 – Honesty. They were accompanied by Mrs. Charlene Martinez. Ms. Judy Paulino trained the students. There were 12 school participants that joined this year and each school was represented by a team of two contestants from Grade 5 and/or Grade 6.